Like many other faithful MacBook users, I spent the latter months of 2019 eagerly awaiting the announcement of a refreshed MacBook Pro. I haven't upgraded my main work computer since 2015, and with good reason—Apple's recent MacBook Pros have been widely panned by users and tech critics alike. Like me, many users were stuck on the 2015 iteration of the MBP, hoping that Apple would reverse course on some of their more troubling design decisions and listen to what users actually wanted from a powerhouse Apple laptop.

Many of us also faced the urgency associated with a battery recall, which rendered my old laptop apparently volatile to catching fire and forced me to leave my work computer at home when traveling on commercial airlines. This was, as you might imagine, bad for my freelance business. The repair process for my old MBP was itself fraught—in the course of replacing my battery, the Apple Store broke my logic board, which meant I lost even more days of work while Apple ordered replacement parts. They also failed to re-mount my hard drive before they turned the laptop back over to me, which caused a black screen of death on first reboot. An hour on the phone with an Apple Care rep later, it was finally in working order again, but... seriously, Apple?

Anyway, while the actual announcement of the new laptop left much to be desired, the new 16-inch MacBook Pro is, while not perfect, a much-needed step in the right direction. I've been using the 16-inch model for a month now, and for the first time in a long time, I'm excited by a new Apple hardware offering. 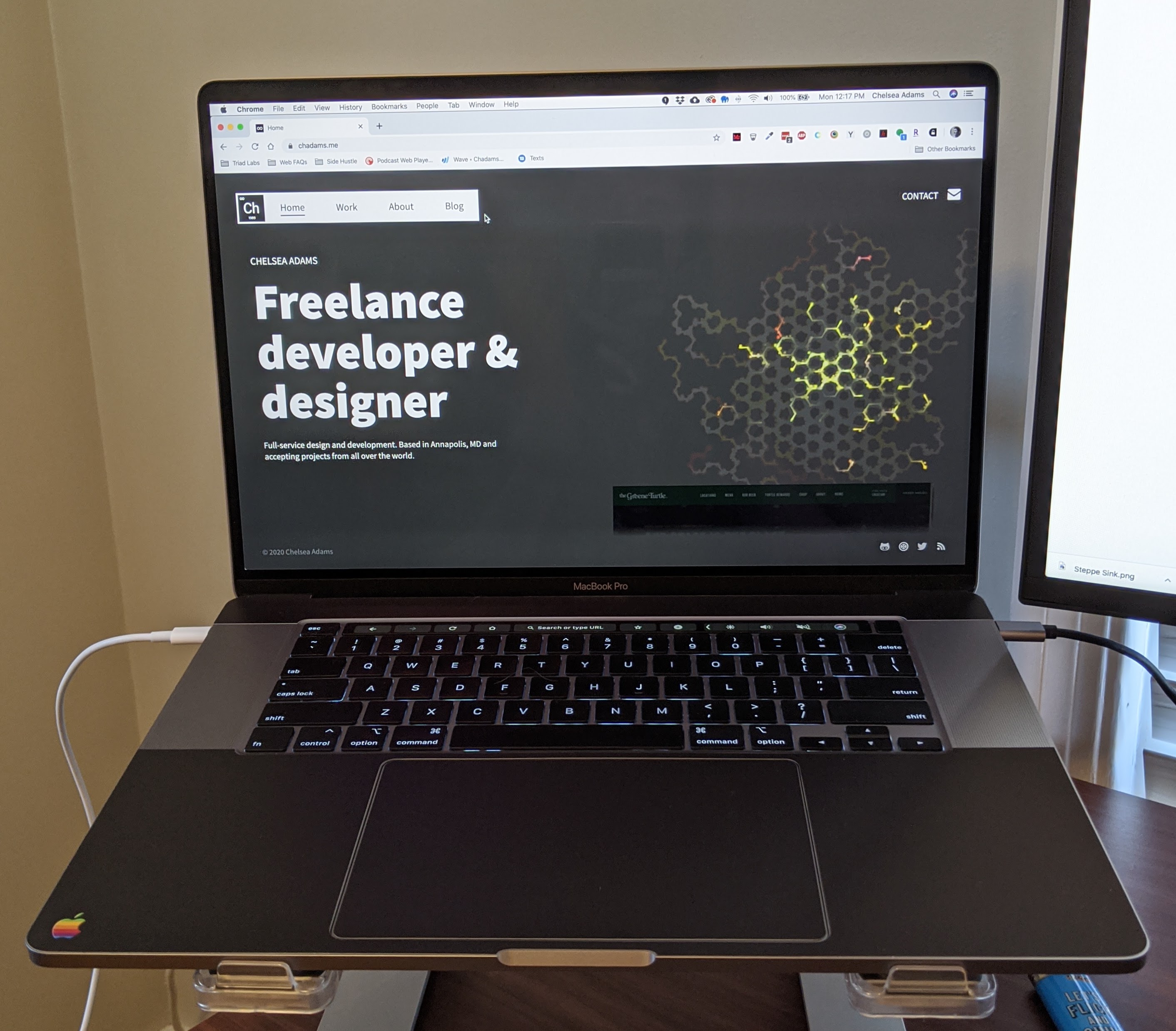 Gone is the disastrous butterfly keyboard that invited lawsuits and many a disgruntled user. Gone is the obsession with hyper-minimalism that sacrificed function for the sake of form. (Coincidentally, "gone" is Jony Ive, Apple's former chief design officer, though Ive will retain Apple as a client at his new firm for the foreseeable future.) That puzzling and semi-useless Touch Bar is still there, but lucky for us devs, there is now a physical escape key, and at the right side of the Touch Bar, there is a standalone Touch ID sensor that makes logging in quick and easy. A note on the "new" (old) keyboard—the key travel on the refreshed scissor switch keyboard on the 16-inch model is slightly less satisfying than that on my 15-inch model, but lightyears ahead of the failure-prone butterfly mechanism that Apple insisted was great until it was unceremoniously abandoned.

Once you stop comparing this laptop to its immediate predecessors, however, it starts to shine on its own merits. This piece of hardware is a work of beauty. Despite gaining just a bit of weight and depth, the laptop feels sleek, sharp, and light, just as all Apple products are expected to be. Big, chunky programs like those in the Adobe Creative Suite run without a hiccup. The laptop's speakers are almost magical for such a small form factor. Minimalism can coincide with power after all. Those of use who are chained to the MacOS ecosystem can only hope that Apple continues to venture in the direction that this laptop represents. I can't wait to see what 2020 and this new tool of creativity will bring.