One day a few years ago, I got the itch to make some art, and I decided to make a low-polygon self-portrait following a tutorial I found on Behance. The end result was pretty cool: 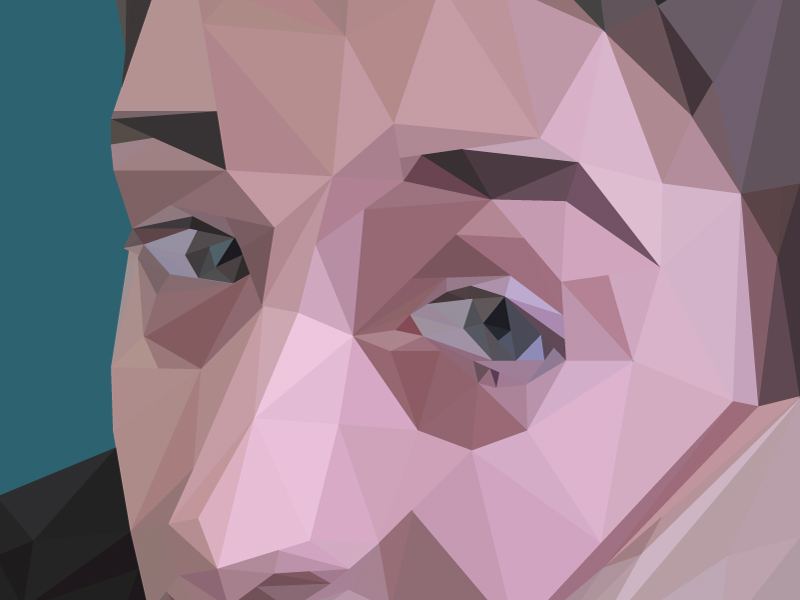 The process was time-intensive, however, and a little too laborious for some of my more experimental purposes. I wanted a tool that would do quickly what I had done by manually creating a geometric mesh in Adobe Illustrator, and I wanted to be able to crank out different versions of the same image for use in some SVG animations.

Once you're up and running, pick an image to use as your input. Here's one of a pretty fireplace: 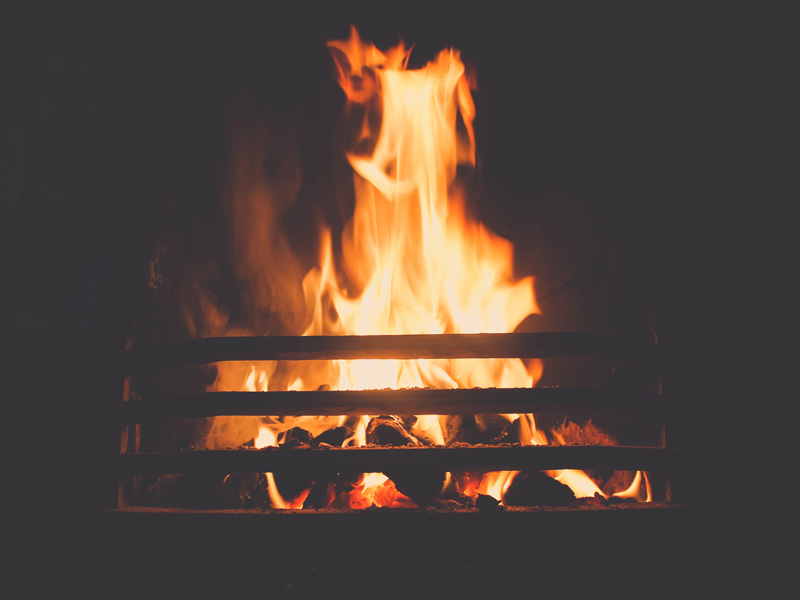 Here's fire.jpg, the input, and we'll output the file to the same folder and call it fire1.jpg. We'll also add a few parameters here: the -n flag sets the number of shapes in the image (the greater the number, the more complex and detailed the image) and the -m flag sets the "mode" (in this case, 0 stands for a "combo" mode in which a variety of shapes make up the output image). 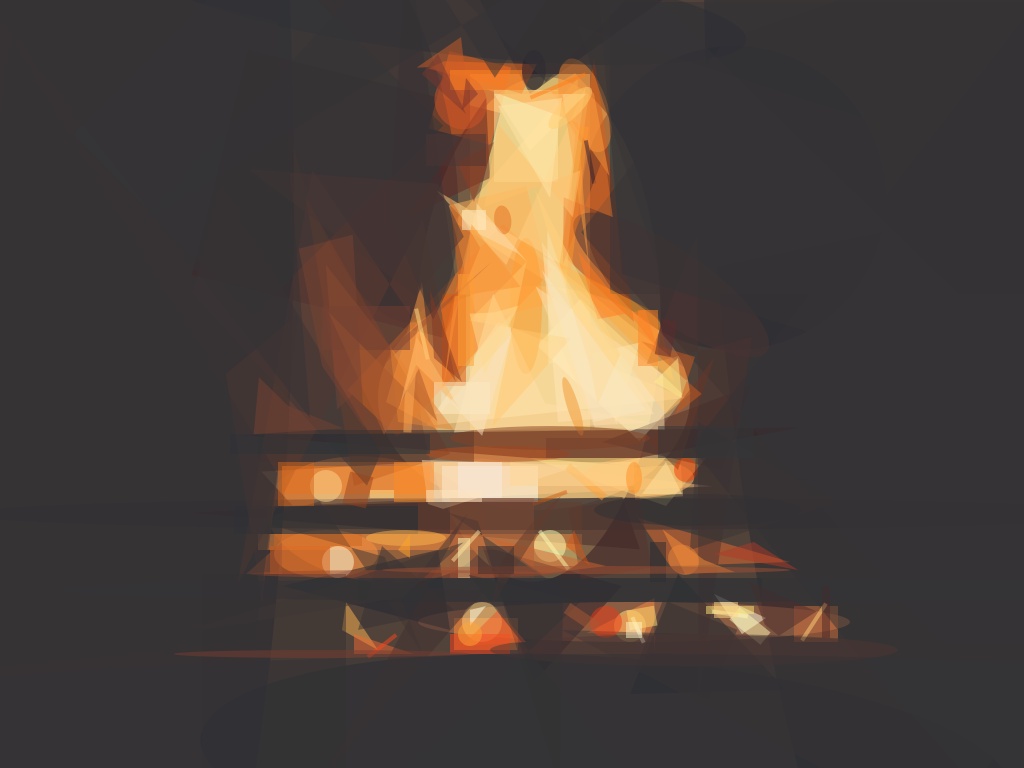 Pretty cool, eh? You can of course output these images as SVGs and play with them to your heart's desire. (Just change the output extension.) You can also run one command on the same file and output the results to a series of images. If you smash the resultant files into a GIF (I used Photoshop to accomplish this), you can make your images come alive. Check out the following shot of Bones, the Drexler office dog:

This is Bones. Bones is a silly boy.

From here, the sky's the limit. Primitive has lots of weird settings with which to experiment. Take, for example, the beziers setting: 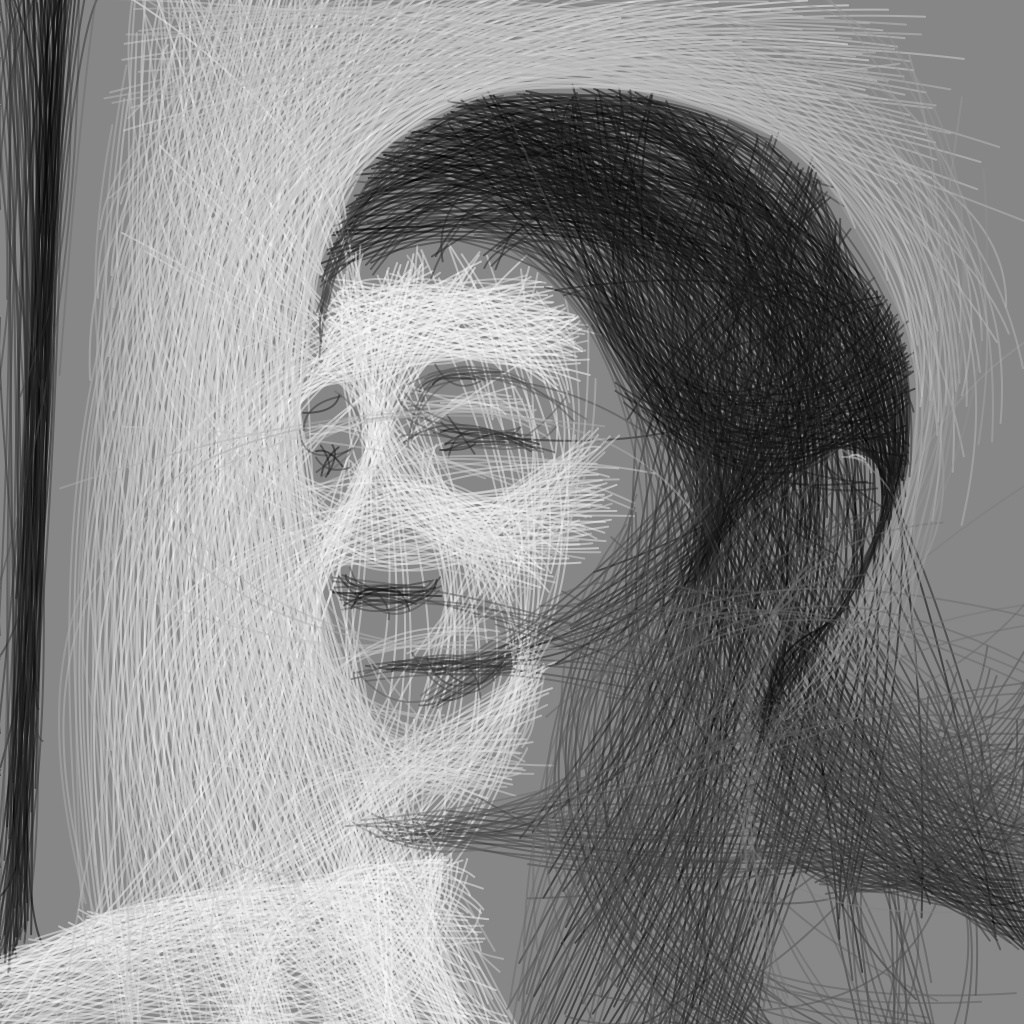 If you're looking for a way to give your images a little life, give Primitive a try! The possibilities are practically endless.