I've been a computer geek for most of my life. I grew up on the computers that my dad brought home from his office-- MS-DOS machines that munched on floppy disks and screeched and wailed when I tried to connect to the World Wide Web via my dial-up connection. The Internet was invented in the year I was born. I've gotten to grow up alongside increasingly powerful technologies, and the proliferation of personal computers has had a major impact on my life and my career (and the entire planet). 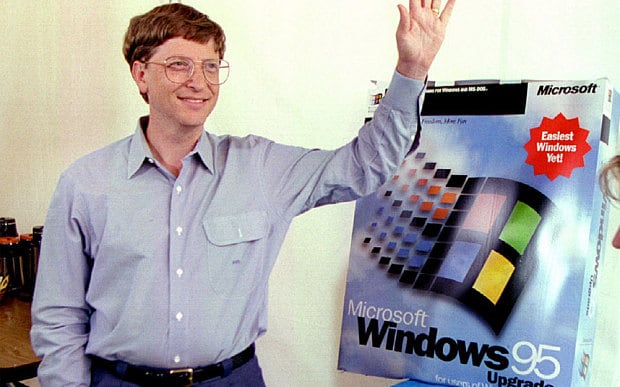 The dude, Bill Gates, lookin' geeky in front of Windows 95, the OS that ran on the first computer I got to call my own.

I want to talk a little bit about the magical boxes power our lives, specifically the ones that we put on our desks and laps. Inspired by Dave Rupert's "Dave Goes Windows" experiment, I offer you some brief ruminations about the two operating systems that I use to take care of business.

Side note: Fear not, nerds! I have love for Linux as a sometimes-user of Ubuntu and subsequently Arch, but I'm gonna put a pin in Linux for the time being for... reasons.

For context, I grew up using Microsoft operating systems exclusively. These days, I spend 60% of my time on a MacBook Pro because it's standard in my workplace and in web development and design generally. Contrary to some of the dialogue griping you'll read about each of these operating systems and the hardware and software ecosystems that come with them, both are pretty great most of the time. 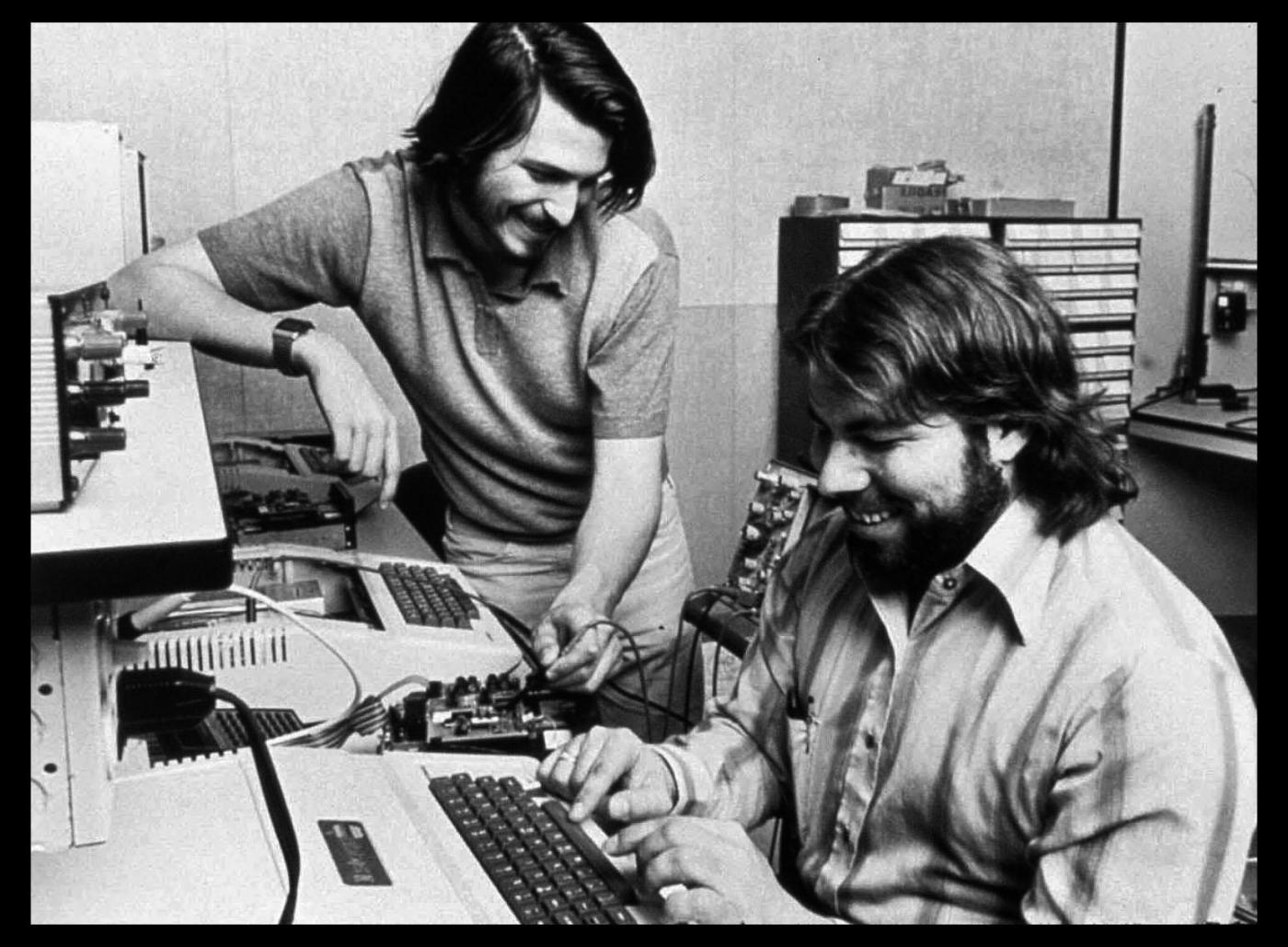 Steve and Steve (Jobs and Wozniak) geekin' something fierce and winning the hair game.

If you aren't a console gamer and you need some hardware to fuel your gaming habit, you gotta go with a PC. The processing power, memory, displays, and GPUs that can be installed on both desktops and laptops running Windows (and the ability to upgrade hardware on your own for much less than you'd pay for upgraded Mac specs) make Microsoft a no-brainer in this category. Apple makes some quality hardware, but it doesn't push the envelope when it comes to raw computing power. In fact, after yesterday's Keynote, some folks think Apple is stagnating on this front. You'll also find that a lot of popular multiplayer games don't work in cross-platform environments. (I discovered this recently when trying to play Civ VI on my MacBook with some friends who have PCs.)

Though Dave Rupert seems to have had some luck getting various web technologies and tools running on his Surface Pro, I'm still going to call this category for Mac. If you're just starting out and trying to teach yourself how to code a Rails app or get your Node dependencies in order, you'll want the ease of use that comes with the Mac ecosystem. A lot of design applications for the web are Mac-first or Mac-only, and while I don't recommend becoming dependent on a platform-specific tool like Sketch, it's better to invest your time in becoming a better web developer/designer than in becoming a better master-of-tricks-and-hacks to get your interpreter/compiler running.

Ok, I dunno what to call this category other than "office computing," but basically I mean all of the boring things like word processing, accounting, scheduling, and tasking in an enterprise-type environment. If your office is invested in the business of being a business, you'll want to hop on board the Microsoft train. All aboard.

Mac has historically been the computer for creative professionals, and this includes the realm of video and audio recording and editing. Having done a lot of tinkering with audio and video in both environments, I'd say that Mac narrowly edges out Windows for ease of use, though it does start to choke on large files. If you're tackling 4k video or other large-format projects, go with the PC. If you just want to tinker around in an amateur recording studio setup, GarageBand running on a MacBook Pro is what you need.

I recently upgraded the GPU in my Windows 10 machine to support the Oculus Rift. For both developers and casual users of virtual reality technologies, everything points to Windows for the time being. When the tech starts to get smaller, lest costly, and more open to the dev community, we might see a shift here, but the bleeding edge of VR tech all needs Windows to work.